Yes it may be July now and the hottest day of the year so far but we know how diaries can start to fill up in December, so we have decided to get in there early 🙂 . This event will be a decadent Christmas lunch, using Yotam Ottolenghi’s new book, Nopi as our inspiration. We went to Nopi for lunch a couple of years ago and you can read our review here. Tasty small plates, with a festive twist. £30pp will get you 8 small plates and a welcome drink! If you want to celebrate Christmas with us, then book on using the link below.

Last weekend we hosted our very first lunchtime event at the Manor! Using our forthcoming holiday as inspiration as well as some of our favourite Spanish cookery books, including Rick Stein and Claudia Roden, we served up a delicious array of pinxos, tapas and other flavoursome dishes. A wonderful way to spend a Saturday afternoon! 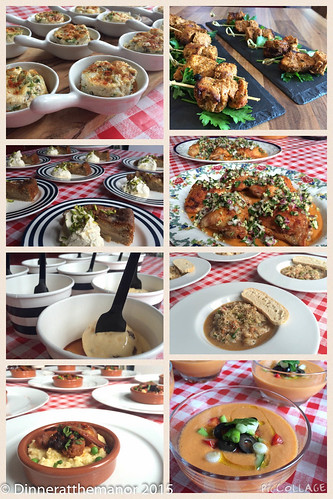 A welcoming glass of cool, crisp Fino sherry was swiftly followed by our canapés. First up were Dan’s mini salt cod tortillas, made with his home salted bacalao. Creamy egg bound together onions, peppers and salty fish, served atop a dollop of spicy Romesco sauce. 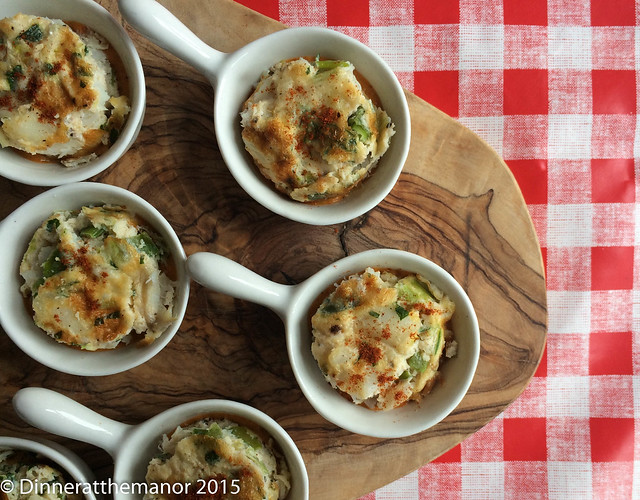 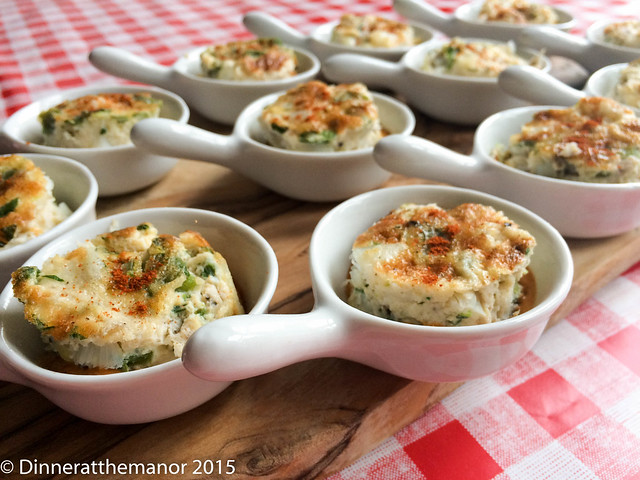 Pinxos swiftly followed, in the form of a mini pork skewer marinaded in Moorish spices – think cumin, fennel and coriander, griddled and served with mojo picon, a fiery sauce consisting of chillies and paprika. 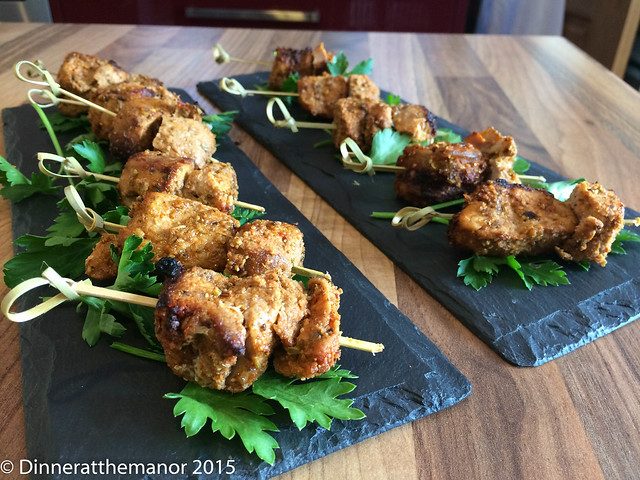 Onto the starters and to cool things down a notch after the pork was a deliciously cooling bowl of gazpacho. The usual vegetables in a gazpacho were blended, seasoned and chilled until ice cold. Served in chilled bowls and topped with an array of vegetables and herbs, this was light clean, cleansing. Perfect to kick off the rest of the bigger dishes. 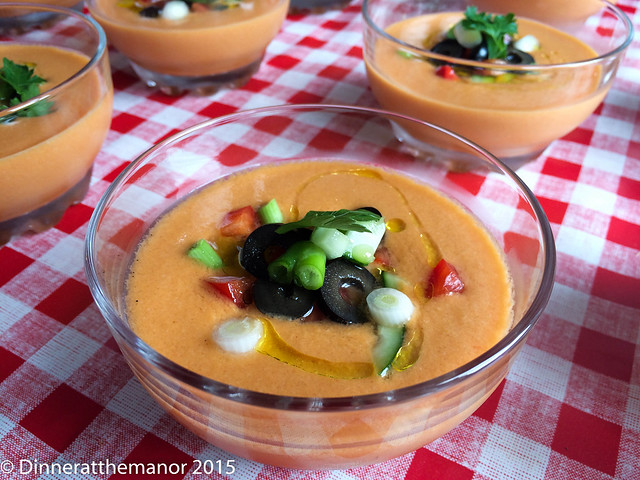 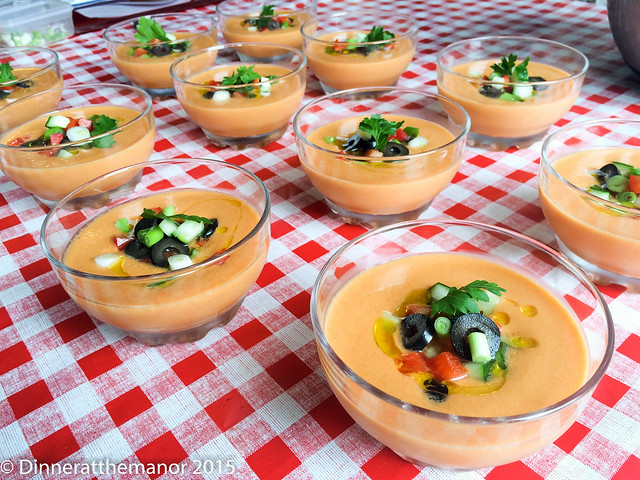 The next dish was Dan’s beautiful baked crab in cider, which isn’t actually baked at all! This is a surprisingly simple dish with deep and complex flavours. White and brown crab meat from Leeds market was simmered in a dry cider with garlic and tomato. This created a bisque like stew, without all the hassle! It can be used as a stuffing for spider crabs, or served up in bowls like we did! 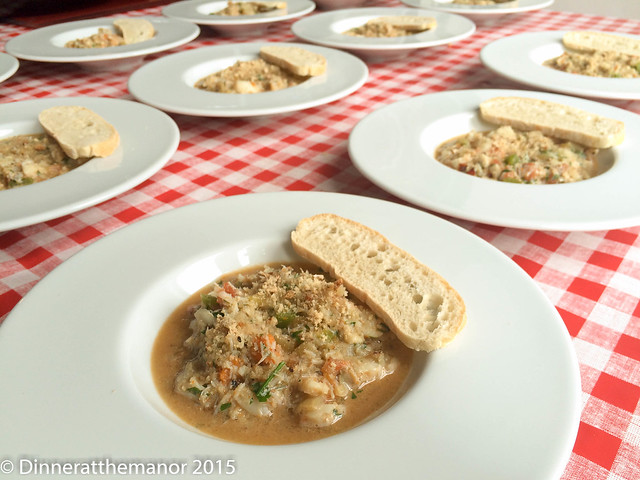 Following on from the crab was a Spanish peasant dish of polenta with fried meats. Dan used different pork cuts from our favourite pork producer, Tancred Farm in Wetherby. Creamy softly cooked polenta came with bits of Yorkshire chorizo, deliciously smoked bacon, spicy black pudding, and a punchy sauce of smoked paprika and red wine vinegar. We do recommend Tancred Farm, they can be found at the Briggate Farmers market every first and third weekends of the month. 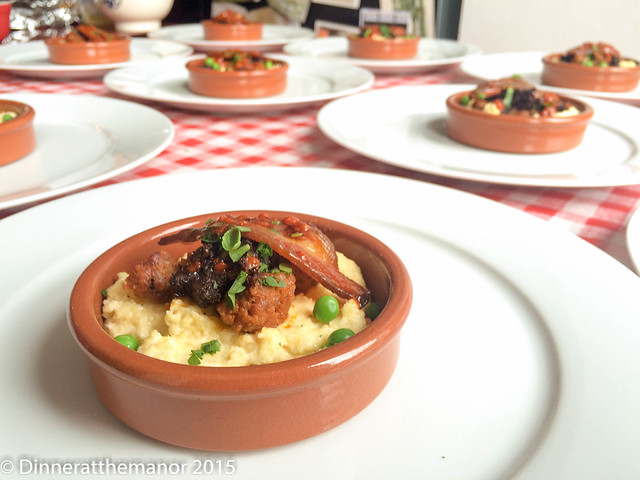 Almost full, but with still three more courses to go, our guests were served the final savoury dish, platters of crispy chicken thighs served on top of romesco sauce and then topped with a salsa / gremolata of almonds, onion, parsley, vinegar and olive oil. The salsa added a fresh, earthy dimension to the sour, sweet and salty flavours of the chicken and sauce. These were accompanied by lemony green beans, a Manor staple! 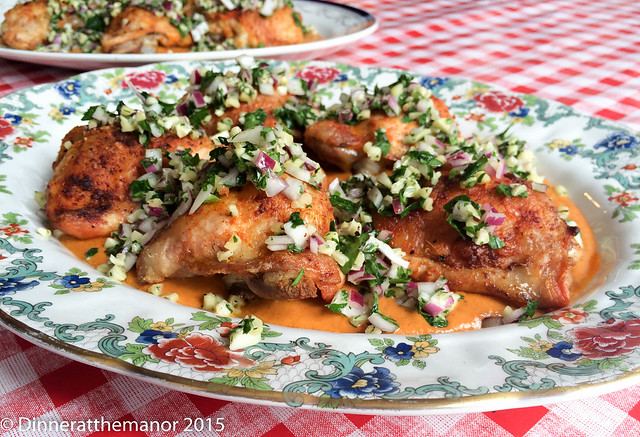 To perk up those tastebuds was a scoop of Dan’s luscious Malaga raisin and Pedro Ximenix sherry ice cream. A Spanish take on the classic rum n raisin, this was creamy and heady with rich sherry flavours. 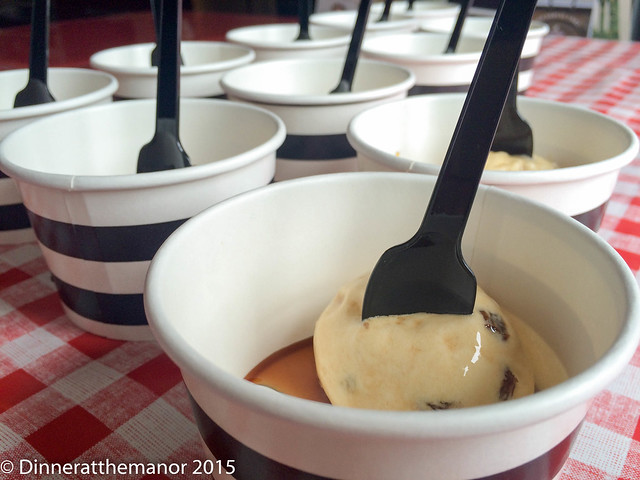 And finally, wedges of apple cinnamon and cider cake were served accompanied by vanilla cream and pistachios. A cinnamon sponge, baked with layers of apple and soaked in a cider glaze. The juices of the apple created a sweet sauce to the cake, which I likened more to a baked sponge pudding, rather than a cake – soft, sweet and satisfying but not at all heavy and too stodgy. 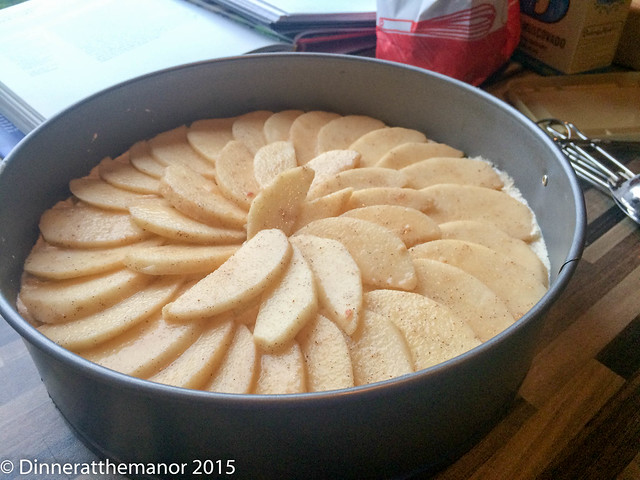 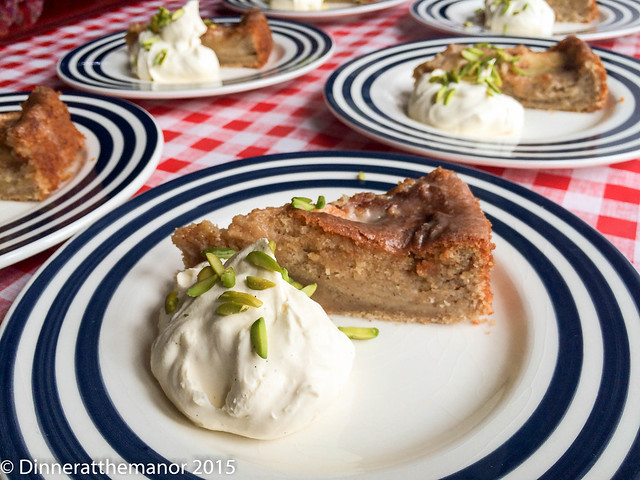 Full and happy, this was, we think a very enjoyable and successful afternoon! We had a lovely bunch of guests and it was nice to have a mix of new and returning faces round the table. We hope they left full and happy. We’ll definitely host another lunch soon, so keep your eyes peeled!

Later that evening we even managed to get out to The Greedy Pig’s Swine that Dines supperclub event they host in their cafe, which we’ll share soon. A foodie day indeed for us!

Hot off the heels of our American afternoon tea, we’ll be hosting our next event. Where does time fly? This will be another afternoon event, but this time in the form of a wonderful tapas lunch! In homage of our upcoming Spanish trip, we’ll be bringing the flavours of warmer climes to the Manor.

We think our guests are in for a treat and we’d love to know what you think!

20th June 2015, 1pm-4pm
We’re off to Spain in July so we want to bring a little bit of Spanish flair to the Manor. Instead of our usual afternoon tea events, we’re putting on a lunchtime Spanish feast!

Think Pintxos, tapas and other wonderful delights washed down with a crisp cold Fino sherry. Perfect!

There are 12 spaces round the table, so book on now using the link below, cost is £30pp.